Autism Spectrum films that truly connect and show our thought process and world is rare. The movie X + Y or A Brilliant Young Mind was one of it, a British film that first premiered in the 2014 Toronto International Film Festival. It was inspired by the story of Daniel, a boy in the spectrum and a math genius.

Here’s my review. As usual, a fair warning: spoiler alert!

Nathan Ellis (Asa Butterfield), a boy diagnosed with autism, is a mathematics genius. He grew up and lived with his mother after his father died ia car accident when he was still a very young kid. In the Western world, being in the autism spectrum is something that is not accepted by society. Viewed as “sick” people and bullied. Treated as less than human.

He was later accepted to join a math camp in Taiwan for the UK Team. There, he was paired with Zhang Mei (Jo Yang), from Team China. They spent time together and explored Taiwan during the 14-day camp, other than studying mathematics. Nathan, unknown to himself, developed feelings for her, the ever patient Mei.

Later, when they went back to the United Kingdom for the actual competition, he started to realize that he feels differently and things are clearer when Mei’s around. He found it hard to process. Emotions are virtually foreign to him. But at the end, as they say, they lived happily ever after.

Well, that’s the very compact summary, and here’s my review.

Superb. Executed perfectly. It simply connects. I’m an aspie (Asperger Syndrome, part of Autism Spectrum) too and I found myself in many instances of Nathan’s encounters and struggles. Moments when everything has to make sense or we won’t do something you expect us to do. Or those times when we have to ask what people actually meant. 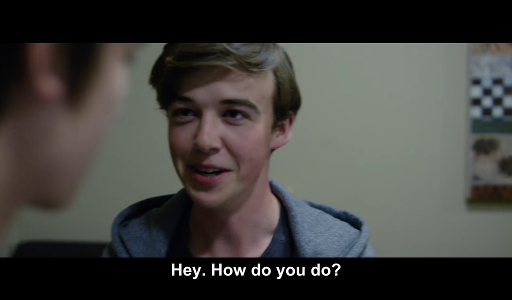 I like how the Chinese culture, and East Asian culture in general, was presented. For us, we do not treat anyone in the autism spectrum like the Western world does. We don’t “hide” them. We’re not ashamed of them. We treat them as people… which sadly, the Philippines where I grew up, was the exception due to the fact that our country was heavily influenced by the Western culture.

Then there was Nathan’s struggle with his emotions, his feelings, which is also true for most of us in the spectrum. An aspect of us that neurotypicals (NTs; or ‘you’ if you’re not in the spectrum), does not understand. We do feel, yes, no human being doesn’t have any emotions. It’s just that, we think logically. Later, however, some of us comes to terms with it and learn what emotions are, like Nathan.

Another thing that is often not highlighted in other similar movies, and is not noticeable, we reply or react with “what’s the point”. I do not know how many times those words came out of my mouth, and obviously, that made me weird to NTs. This was played out in this film and I’m happy that they did (so pay attention to details my dear NTs).

The overall acting of the actors were perfect, especially the newcomer Jo Yang which I have no doubt will become a famous actress soon. The odd thing though, I’ve seen Jo Yang in another film or tv show but I can not find any under her name, not even as a guest star. But Asa Butterfield, he was Ender Wiggin in Ender’s Game and Hugo Cabret in Hugo. 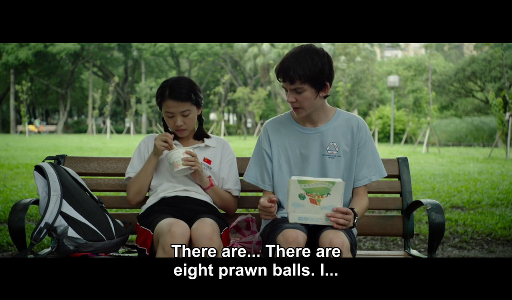 A must watch if you want to understand how we in the spectrum react to the environment around us. The lights, the crowd, the noise, why we keep to ourselves, why we appear to be shy when we’re not, these are all important factors that shapes our reaction at any given moment. We call this, sensory overload. And yes, Western world, stop the bullying, the labels, the discrimination. Unless of course, East Asian cultures are superior than yours.

Ten out of ten stars for me! Now my #1 Autism Spectrum film, pushing Adam to #2. Oh, did you know that the street scenes in Taiwan were natural, not scripted, no extras?

Screen captures are All Rights Reserved by the producer of the movie.

A Brilliant Young Mind (2014) by ᜌᜓᜃᜒ (Yuki|雪亮) is licensed under a Creative Commons Attribution-ShareAlike 4.0 International License. Permissions beyond the scope of this license may be available at Legal Notice.