Arrow‘s season 04 premier was a positive one, a good episode to start with this series. (I never liked seasons 1 and 2, and only partly season 3). For this episode, and season, Arrow is now officially the Green Arrow. In addition to that, the connection of both The Flash and Arrow was sealed.

But, there are bound to be some confusions and questions, after all, both serials just had their season premier episodes. As I’ve seen both, allow me to guide you in the right direction.

Here’s the timeline of events based on The Flash season 2 and Arrow season 4, premier episodes. 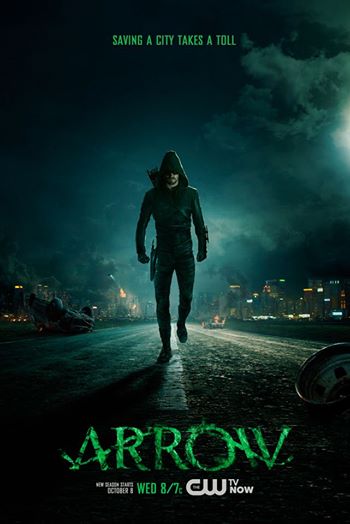 That is the million dollar question, isn’t it? I do not know. But I think it was Felicity. Here’s why:

Well, I’m surprised you are asking that question instead of saying “was he not wiped from existence?” Yes, in season 1, “Zoom” was Barry’s Reverse Flash. But you see, in The Flash lore, “Zoom” was always a name taken by an enemy of the speedsters who is a speedster too. Though this time, it won’t be Barry’s Reverse Flash because he was never born when Eddie Thawne shot himself to help Barry.

Green Arrow & The Flash 2015 Premier by ᜌᜓᜃᜒ (Yuki|雪亮) is licensed under a Creative Commons Attribution-ShareAlike 4.0 International License. Permissions beyond the scope of this license may be available at Legal Notice.